Hi guys, I hope you all had a great weekend! I’m still a little jet lagged, with dark circles, eye bags down to my knees and terrible skin, but I refused to let it get in the way of yet another adventure. I spent the weekend with a bunch of bloggers in Brussels and Maasmechelen for the Day Trip to Chic event hosted by Maasmechelen Village. I woke up at 6 o’clock on Saturday (which is insanely early for this night owl) and hopped on the train to Brussels-Central in total zombie-mode where I met up with Lisha – 1/2 of the NYC crew reunited once again YAY – before we headed off to the MMV offices, where we had to wait for the bus. This shopping express leaves there every day at 10 o’clock to return from MMVillage at 16h00. 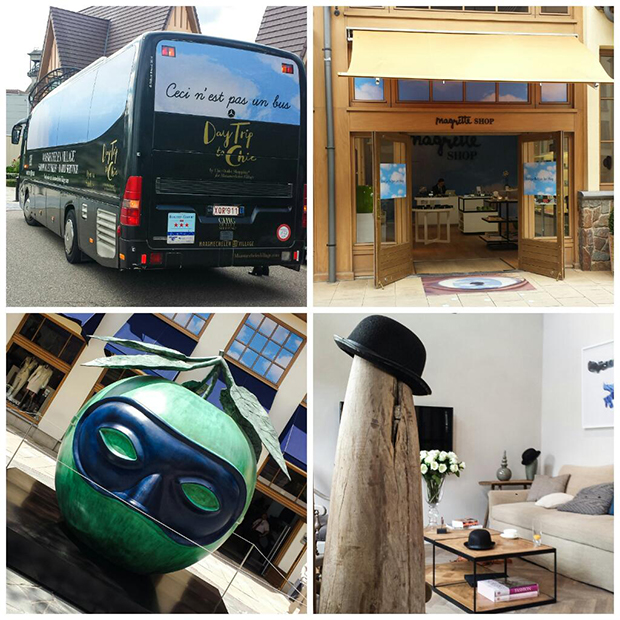 Upon arrival we headed out to the VIP room, which is a cosy and relaxing area located next to the Converse store. It looks like an apartment like you’d see on Pinterest. I sure wouldn’t mind to live there. Afterwards we headed downstairs to do some shopping. Well, window shopping in my case. I had spent enough money in New York so ended up being a good girl for once. But the weather was sweet and we wound up trying to find all of the Magritte artifacts, which are scattered around the outlet premises, while taking the most ridiculous selfies (showing those would totally ruin our street cred, so not gonna happen 😉 ). The pieces of art are part of the new Day Trip To Chic summer campaign, where Maasmechelen Village will be showcasing the surreal world of Magritte to put art and culture in the spotlight. There’s also a cute Magritte pop-up shop offering Magritte collectibles, including some really cool phone cases. 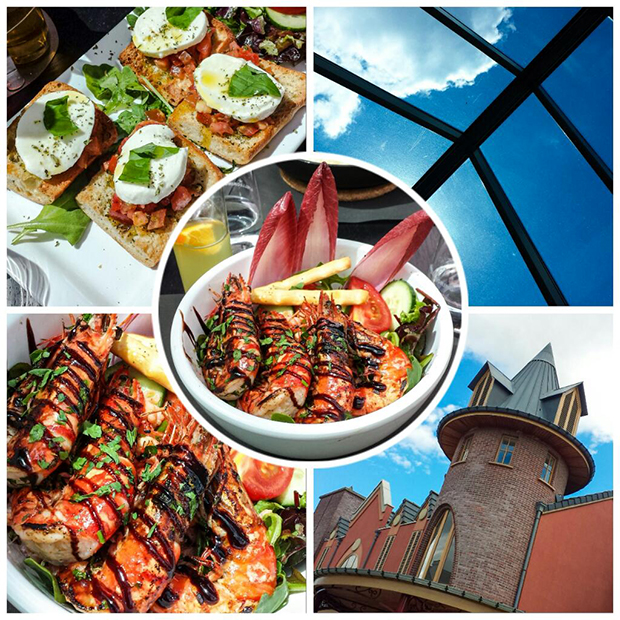 We had lunch at G&G, an Italian place located at the far end of the shopping streets. I went for the grilled scampi (shrimp) salad. The taste was okay, but the shrimps were a little raw and the salad had so much olive oil in there, I didn’t finish it. Ellis Gourmet Burger also has a shop there, which I really recommend! I always go for the BBQ Bacon Burger and their homemade Ice-Tea is the best! 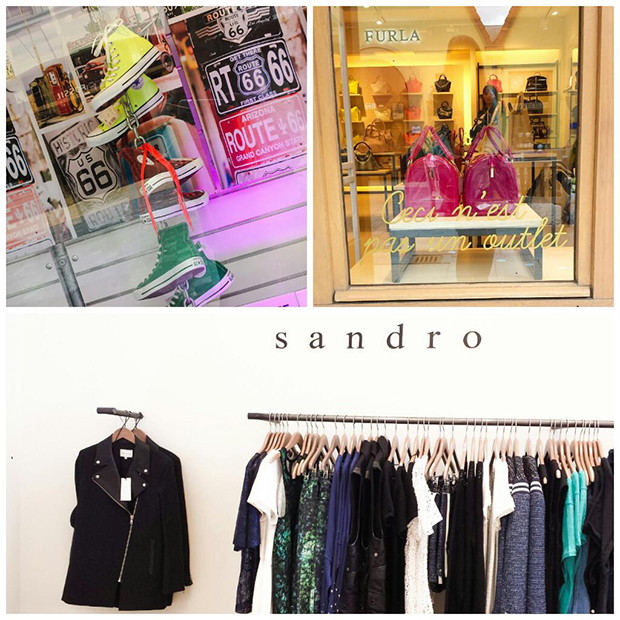 There are a lot of different stores compared to my last visit. My current favorite stores include: Michael Kors, Essentiel, Sandro/Maje, Converse, Ba&sh, Kipling, Ted Baker and L’Occitane. Make sure you pay a visit to Liu Jo too, in case you’d like some fashion advice from the pretty Krizia! See here what I bought during my last visit. 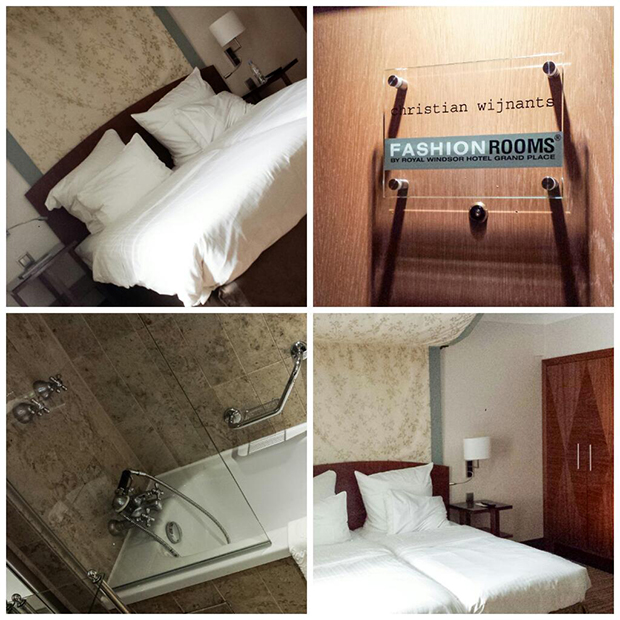 After doing some more window-shopping it was time go head back to Brussels. It’s a long bus ride, but I didn’t mind because I was exhausted. I even think I fell asleep for a moment. Once arrived in Brussels, we checked into our beautiful hotel, the Royal Windsor Grand Palace hotel. I’ve never stayed in a hotel in Brussels before, so it was all pretty exciting. They even had rooms named after designers. It would be so cool to stay in one of those! My room was pretty big too though and omg those pillows felt like heaven to rest my weary head. 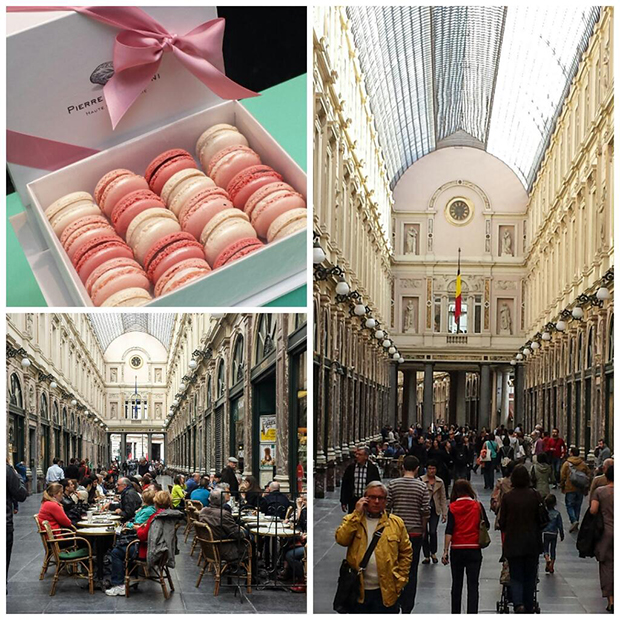 After check-ins Lisha and I hit the streets for a special mission and wound up doing some sightseeing too. The streets were crowded with tourists and there was a great vibe, partially thanks to the festivities later that night. I have seen a side to Brussels I haven’t seen before. I think I might be in love a little bit. Later that night it was time to head out for dinner. Celine, our lovely host for the weekend and PR for MMVillage, took us to Brasserie Royale, a must-visit when you are in Brussels if you want to enjoy some cocktails and good (Belgian) food. I went for the entrecôte with fries and some delicious moelleux with ice cream and whipped cream for dessert. It was sooo tasty! I’m literally drooling when I think  about it. 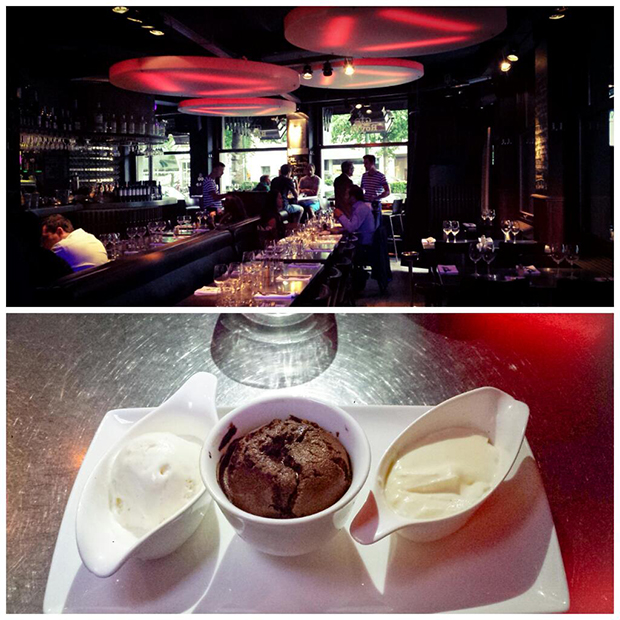 During dinner we had a great and open conversation about blogging, PR and (Belgian) media. The great thing about these get-togethers is the feeling that even though you have a blog by yourself, you’re not alone. There are other people like you that experience the same things and have interesting ideas. It’s also refreshing to hear the PR’s side to things, especially when they speak openly. It creates better understanding, dialogue and more possibilities which lead to better relationships in general. Dialogue is something that is surely lacking in Belgium, but I’m still hoping this will all change in order to help move this industry forward. Because in the end, we all want the same thing. 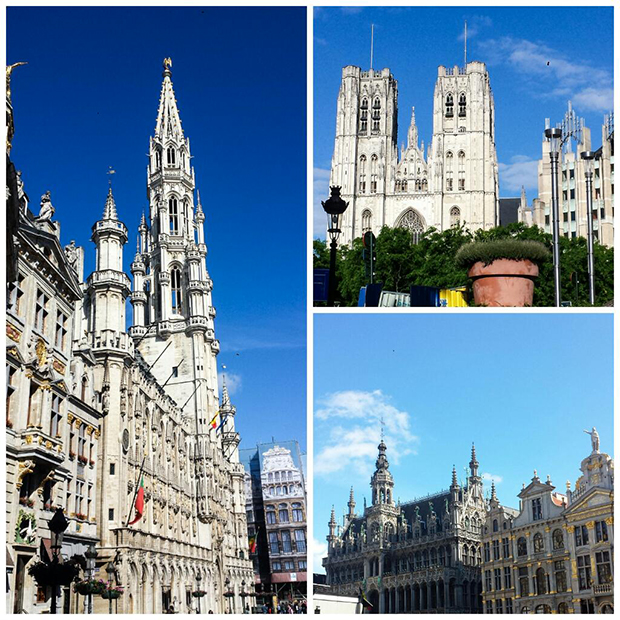 After a good night’s sleep and some delicious breakfast (seriously I wish I had so many choices every morning), the press weekend continued with a visit to the Magritte museum. Unfortunately it was time for me to hurry back home in order to go vote since we’re one of the few European countries were we are still obligated to vote. Elections, Y U ruining my trips? Anyway, it has been a real pleasure to go on this trip. Thanks MMVillage for having me!