So here’s what you’ve all been waiting for… I finally got around doing my series of post regarding my trip to New York City! It was my first time in the U.S. but we sure made the trip a memorable one. Today’s post is going to be all about booking, how to get there and where to stay.

If you’re experienced in booking cheap flights and hotels online, by all means go for it! We were just being lazy (and since I didn’t have a clue what the rates are) and had a travel agency do it for us. We booked the trip somewhere in October last year at the Connections Travel Store in Antwerp (probably the most awesome travel store in Belgium). The store is pretty much traveler’s paradise, carrying all the travel equipment you might need (suitcases, tourist guides, maps, adventurer’s gear..) and the staff is really friendly. Booking a trip so long beforehand can be a real pain in the ass for impatient people like me, but at least we had something really cool to look forward to. The DreamDays app (available for iOS & Android, the Lite version is free)  is a nice way to count down to D-day and make the wait more bearable. On the other hand, you do have more time to get all of the documents in check (apply for an international passport € 80 & take new pics if necessary € 10 + fill out an ESTA € 14). I also got the premier all-in travel insurance at Connections (cancellation + assistance € 84,5) because well, you never know.. 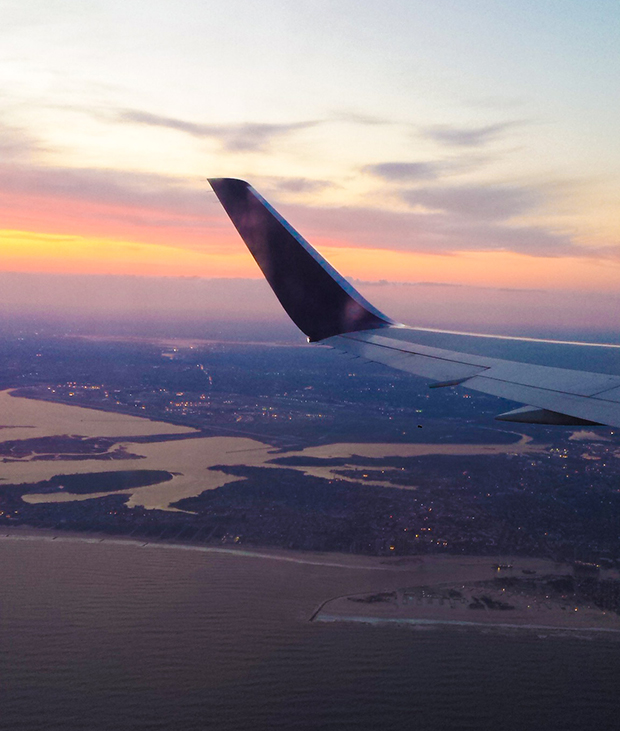 We flew with Delta Airlines for € 541 per person in economy class. Not the cheapest, but the flight schedule was reasonable. We would have our flight around 10h30 and arrive around 13:00 local time in JFK international airport, which would give us half a day to explore the city. I don’t like to lose playtime because of bad flight hours. Oh, and another thing that’s really annoying; the time you lose at the airport. The queue for the security check at Zaventem (BRU) airport is probably the longest queue ever. Seriously. And people cutting in line = RUDE. I’m glad the detector didn’t go off though. For once. Phew.

The flight was about 8h20 minutes and at the same time the most uncomfortable long-distance flight I’ve been on. What’s up with the lack of leg space? Who are catering to? Midgets? Seriously I couldn’t move an inch. I was planning on taking a nap to avoid a jet leg, but I just couldn’t. The flight staff just kept on interrupting for food/drinks/desserts. And I hate plane food aargh. The best thing out of the whole flight, was the entertainment system. Everyone had their own screen with games and a big music + movie library which even had a lot of new released albums and movies. They even had K-pop (yay BIG BANG) and Asian movies. I was so surprised! I watched Gravity, The Internship, Kanojo wa Uso o Aishisugiteru (The Liar and His Lover). Enough stuff to keep me entertained. 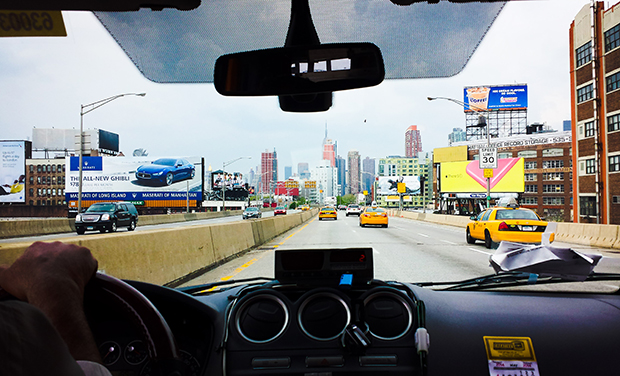 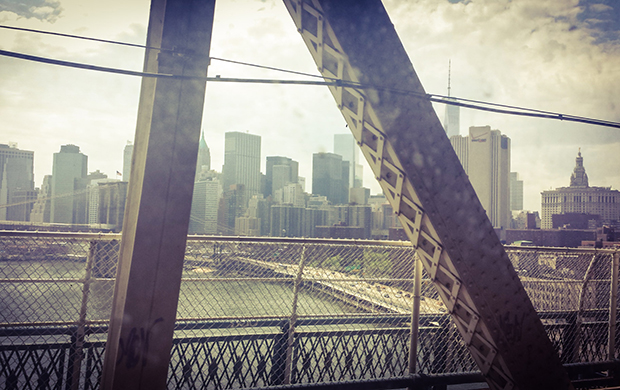 We arrived in New York around 13h00 o’clock and quickly grabbed our luggage and a cab to the city for about $50. It takes about an hour to get there (so much traffic) but in the meantime you can enjoy the view of Brooklyn and the Manhattan skyline as you are approaching. You can also take the NYC Airporter Bus which drops you off at Penn Station or Grand Central for $16 per person. 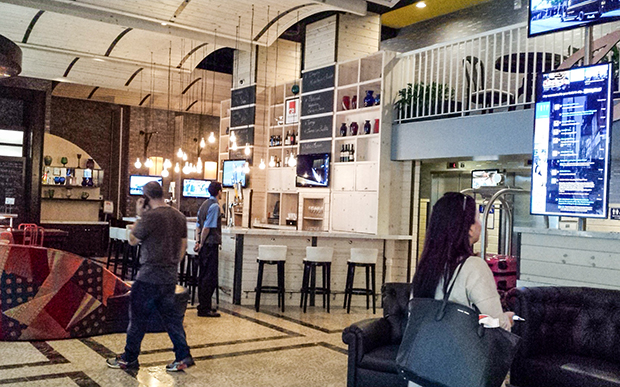 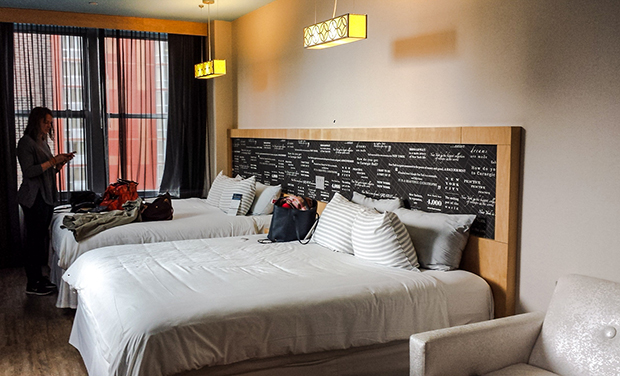 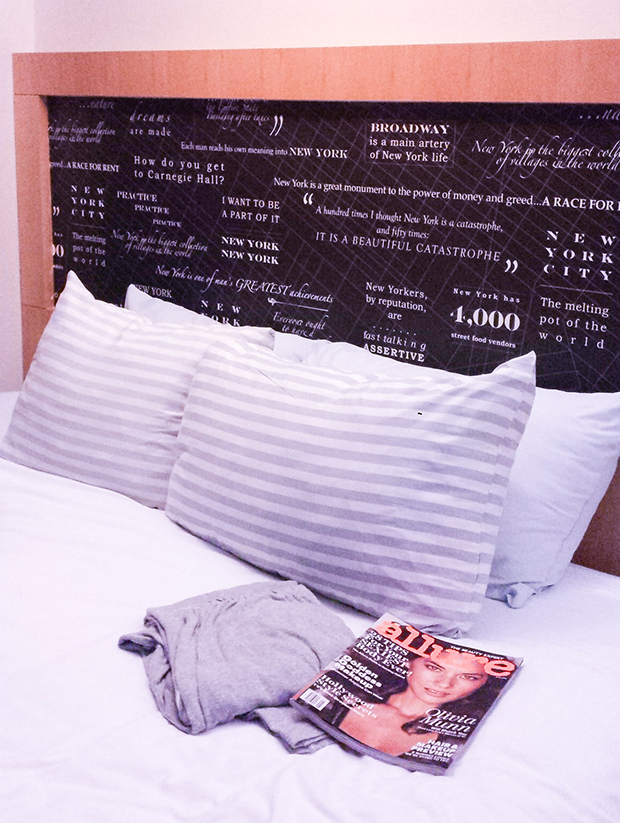 The girls chose for the Tryp Times Square South hotel, where we stayed for 7 nights in 1 room which came down to € 665 per person. A pretty good deal if you ask me. The room was pretty big, with 2 queen size beds, 2 flatscreen TVs, a couch + foot table, desk, closet with safe and bathroom with sink, toilet and a huge rain shower. Plenty of space for four girls, but we used every inch of it (read: explosion of suitcases, clothes and shopping bags). One little detail; we weren’t satisfied with housekeeping. Plus, a large shower like that could’ve easily been used as a space for a tub as well. God I missed my bath time! Especially when you’ve been walking all day. A major advantage of the hotel however, is it’s location. It’s located at 345 W 35th St, Manhattan, which means everything you need is within walking distance, whether it’s TGIFriday’s diner,  Madison Square Garden for a concert or sports game, AMC Loew’s movie theater, the subway station to catch a ride to a different ride of town or Starbucks, just to casually go after a morning coffee in your pyjama’s (right, Steph?). 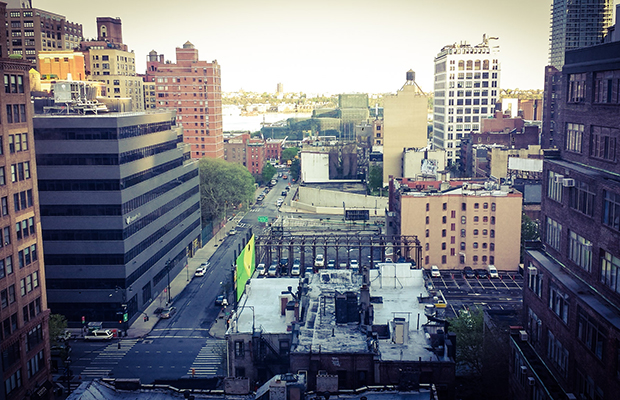 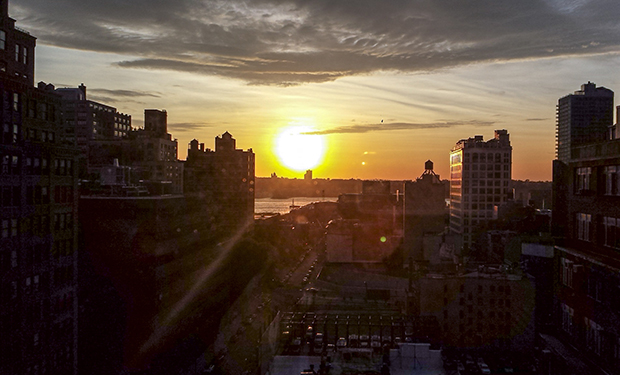 To get around the outer skirts of the city we mostly used the subway for which you can buy a card for a couple of days and use it as many times you want. I believe this was about $ 25 – $ 30. One thing that is still on my to-do list? Renting a bike to cross the Brooklyn bridge. We didn’t get to do that and it was such a shame! Ah well.. there’s always next time!

Do you have any tips on booking a trip to NYC?

Next up on the NYC Diaries: places to EAT! So stay tuned..

All pics from our NYC trip are taken with a Samsung Galaxy S4 smartphone, Sony QX10 lens or Fujifilm Instax8 camera.